Trevor has the analytical side of a scientist and the playful side of a child blended together with the heart of a Yogi. He loves to make people laugh, or smile, or ponder the craziness of life just as they are about to struggle with a challenging pose or get to serious in a moment of focus. He brings over a decade of experience and passion for Yoga to every class he teaches.

Trevor is known for his creative sequencing which makes his classes fun and challenging. He will always keep you on your toes with a new transition, subtle alignment techniques, or a silly dance. He also loves to use cheesy metaphors. Don’t be surprised if you hear references like “booty tooching like Miley Cyrus.”  But don’t let the fun fool you Trevor’s classes are full of healthy structural alignment and practical philosophy that you can use on the mat and beyond.

Take his class and you will work, sweat, laugh, smile, and maybe learn a little life lesson as well. 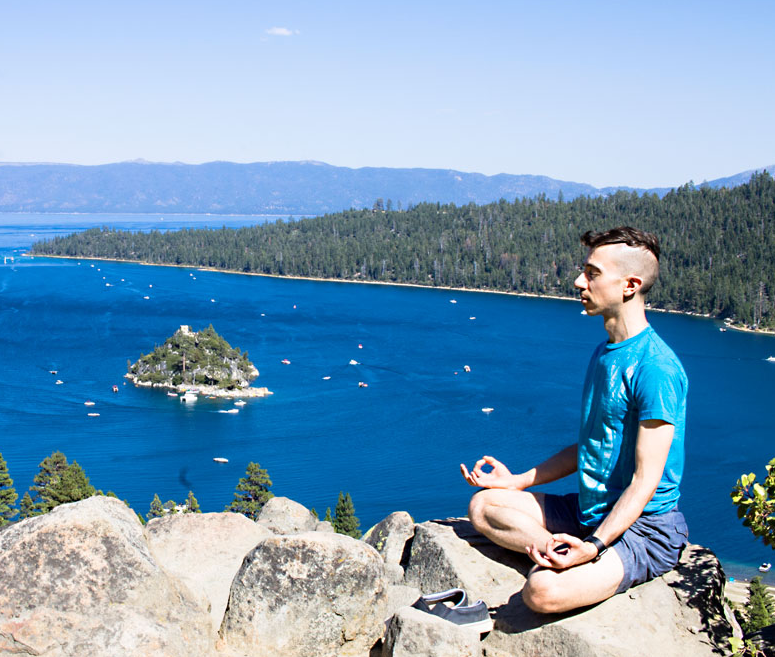 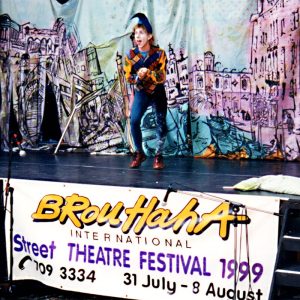 In 1996 Trevor graduated from High School and began the Theater program at UC Irvine. He didn’t know it then but many techniques, warm-ups, and other exercises he practiced at UCI were often directly taken from, or closely related to Yoga. He took many of the physical, breathing, and emotional practices he learned in school with him and created his own regular routine which h

e practiced for years. When he took his first official Yoga class, he realized that many of the poses mirrored the practices he had done in college and had continued to do on his own. He had been practicing Yoga without knowing to define it as such. He found some amazing Yoga instructors and there was no turning back. The physical, mental, and spiritual benefits began to re-shape him inside and out. Little did he know they also would re-shape his future. 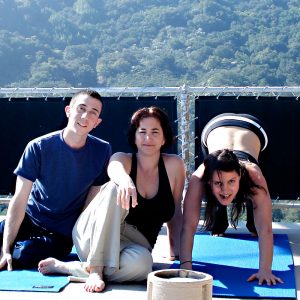 With the encouragement of his teachers Trevor took a course to become certified as a group exercise instructor through AFAA and several Yoga workshops. He then began to teach Yoga classes at 24 Hour Fitness. A few years later Trevor took the White Lotus Foundation’s 16-day intensive teacher training certification program. The experience gave him a wealth of new information and confirmed much of the knowledge he had gained in his years of prior experience. Training with Ganga White and Tracey Rich gave Trevor new tools to use as a Yoga instructor. Trevor returned to the White Lotus Foundation the next year for their advanced training program, where he once again studied with Ganga White and Tracey Rich. Their inspiration, knowledge and experience has helped shape Trevor’s teaching and led him to grow as a teacher, a Yogi, and a person. 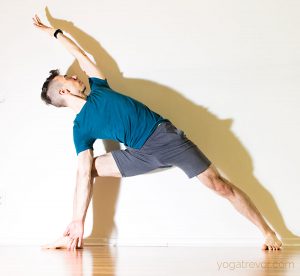 Trevor continues to broaden his knowledge of Yoga asana and philosophy by attending classes and workshops regularly. He graduated from 2 years at Loyola Marymount University’s prestigious Yoga Therapy RX program. Concurrently, Trevor returned to the White Lotus Foundation where he studied the practice of Therapeutic Yoga with Cheri Clampett and Arturo Peal.  He then returned again for an advanced training in Therapeutic Yoga with Cheri and Arturo. Forever a student he tries to learn from every teacher and every student he comes in contact with.

Recently Trevor has explored the world of Therapy Ball Massage, becoming a Certified Roll Model Method™ Practitioner, enabling him to teach “The Roll Model Method” created by Jill Miller the creator of Yoga Tune Up™.

He also returned once again to The White Lotus to deepen and advance his practice and teaching with Ganga White and Tracey Rich. 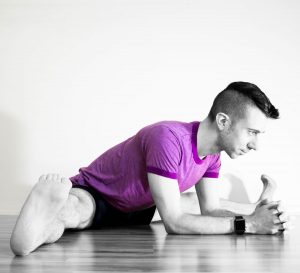 Trevor also has trained in “The Roll Model Method” under Jill Miller (the creator of Yoga Tune Up™) using Yoga Tune Up™ Therapy Balls to help roll away tension and stress.

Trevor continues to refine his craft taking classes from some of the best teachers Los Angeles has to offer, and will continue to deepen his teaching indefinitely.